ODI describe the Rogue grip as "Somewhere in between the ultra hard Ruffian and the super soft Yeti Hardcore is the Rogue". We tested them for 14 months. Retail price is £23.99.

The first thing you notice when using the Rogues is how chunky they are. We measured them at ~11cm circumference. They are certainly bigger than the DMR Deathgrip and Renthal Kevlar we tested previously.

The Rogues have a series of blocks with quite big gaps between them when compared to many other grips. These block combined with the relatively soft rubber means there is a nice big of give when squeezing the bars.

The grips are nice and easy to install, simply slide them on and do up the bolt. The ODIs like many other lock on grips use a 2.5mm allen key. We really wish companies would use a bigger size, as its easy to round off the allen key when the bolt is caked in mud.

Rogues are often recommended for people with big hands, but our tester has pretty normal sized hands. Whilst there is nothing like the feedback you get from a hard thin grip, we found that the extra cushioning almost completely removed the calluses on our hands that had built up over the years. After borrowing a friends bike with thin grips for a days racing it was instantly noticeable how much easier the Rogues are on the hands.

We've been very impressed by how the Rogues have held up over the 13 months of use. They have covered around 1400 miles and whilst they don't look brand new, they are still working great and we can see getting at least another year out of them at least.

The only slight issue we have with the grips is they sometimes develop a small amount of play. This seems to be fixable temporarily by pulling the grips off and reseating the end cap, but it keeps coming back. The play is only 1mm or so, but it is a bit annoying. If anyone knows how to fix this permanently, please let us know in the comments.

ODI have done a good job with the Rogues, whether you have big hands or just want a bit of extra padding for those long rough descents, they are a great choice. The play is annoying, but not annoying enough we stopped using them. If we could change anything it would be to offer them in a shorter length than the 130mm. 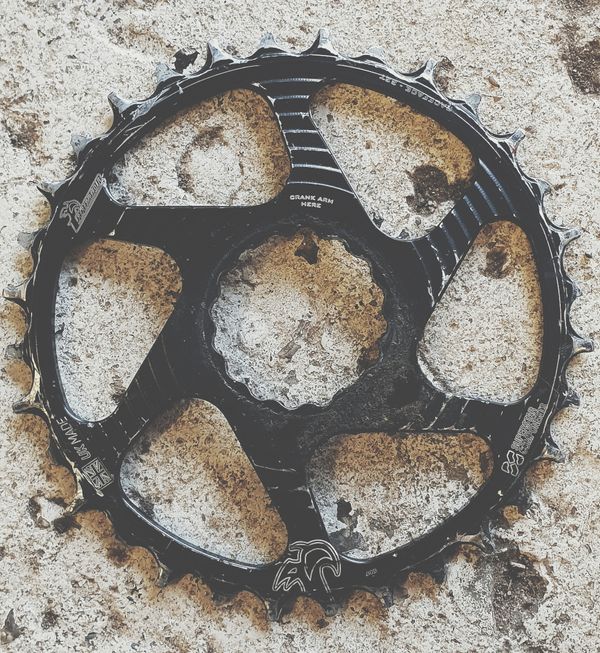 Superstar offer a budget version of the Raceface Cinch chainring, how does it stand up to a year of riding in all conditions? 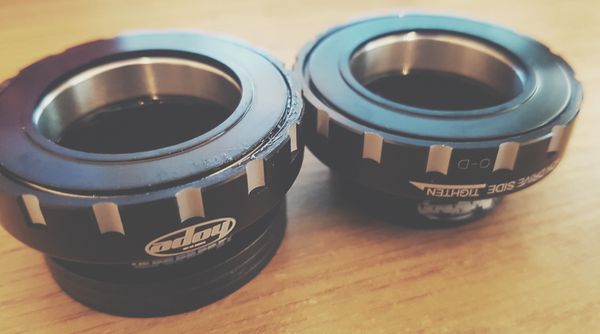 Hopes stainless steel 30mm bottom bracket is one of the pricier options on the market. How does it end up nearing the end of its first year of British mud and European dust?