Just by looking at the Fox, it's intentions are clear: this is a shock designed to go downhill as fast a possible. Its a big unit, with a large stanchion and huge air can compared to most trail shocks, topped off with a large piggy back. The shock is so beefy, it's a good idea to check your frame has enough clearance, especially for waterbottles etc. before purchasing.

Over the last few years, Fox have made a number of changes to the X2 to address issues. In 2016 a climb switch option was added, in 2018 the X2 got a lighter oil along with some other changes which made the shock feel more linear - more on this later.  In 2019 a bottom out bumper was added and in 2020 the 2 position lever retains high and low speed compression adjustment when switched on.

Installation was as straight forward as any other shock, simple add the mounting hardware and attach to the bike.

Air is added via the standard shrader valve, but one thing to note is that Fox say:

it is important to equalize the positive and negative air chambers by slowly compressing the shock through 25% of its travel 10-20 times after every 50psi addition.

The X2 features both high and low speed compression, as well as high and low speed rebound adjusters. These are adjusted with a 3mm and 6mm allen key, meaning it's not quite as quick to do on the fly adjustments when out riding. The upside to this is that the dials won't get knocked in transit.

Each dial has ~22 clicks of adjustment, meaning it's possible to really fine tune each option, but during initial setup we found we had to add at least 4/5 clicks to be able to feel the changes obviously.

Fox the pre 2019 X2s, after the infamous exploding can recall of 2016 the max air pressure was limited to 250psi. Both test riders were fairly light and ended up with around 220psi, which was surprising and something to be considered for heavier/aggressive riders or those on very linear bikes. Later models have upped the max psi to 300.

It's possible to adjust the end ramp up of the shock by initially adding in red rubber bands, and now orange plastic clips that reduce the volume of the air can. After the recall large red warning blocks were added to the shock to stop them being overfilled.

Sitting on the bike for the first time with an X2 fitted everyone is blown away by how little stiction the shock has and how supple it feels off the top. This air shock is very close to coil levels of sensitivity, which is very impressive indeed. When riding over smaller roots and rocks the Fox tracks very well and mutes out buzz excellently.

What was a surprise though was how much travel was used on medium sized hits, with the o-ring regularly within the last few millimeters from bottom out. Even hitting a 2ft/3ft drop to flat would use ~90% of travel.

To remedy this we added the maximum number of volume spacers, which did improve things a little, but we still suffered from a few quite violent bottom outs on occasion. In addition to this, the shock felt like it had a big "hole" in the middle of its stroke, meaning pumping felt quite inefficient and disconnected.

We briefly used an earlier (pre the 2018 more linear updates) and didn't notice this issue at all. As an experiment we tried filling the air can with the maximum number of spacers by removing the red warning block. This again slightly improved things, but the hole was still present.

Testing 2 of the same year shocks on 3 different bikes (Bronson , Ibis and Banshee) with linear and progressive linkages and all suffered from the same symptoms. Adding a combination of air and low speed compression did alleviate the hole, but we then lost that lovely smooth initial movement.

On most models, a climb switch firms up the damper reducing bob. This is a simple on/off switch, and whilst it's not a lock out, does noticeably stiffen things up. In general we tended not to use it, preferring to have an all round setup with decent pedalling and pumping characteristics rather than a full on DH tune.

Many people are used to quickly whipping off a shocks air can and slapping in some fresh grease to keep things running smoothly between damper services, sadly this isn't really an option with the X2 as it requires a full rebuild with lots of special tools. Fox recommend the shock is serviced every 125 hours or annually, whichever comes first. At around £100 for a service and without the ability to easily change can seals this could make the X2 an expensive option to run for those who ride frequently, especially in muddy wet conditions.

With all that said about servicing, after around 250 hours use without a service, the X2 is still running as good as new, with no air loss of funny noises. One tester with an older 2016 model has reported cavitation on 2 occasions, requiring a rebuild, but neither of our 2018 models suffered from this.

"So close, yet so far" would be how we would sum up our time on the X2. In the quest to make the shock more linear and 'coil-like' Fox seemed to have forgotten the reason many people like air shocks: for the progressive ramp up.  Ironically we replaced the X2 with a coil shock, and its natural increased mid stroke support has made the bike pump and pop better whilst giving just as good small bump. Obviously there is a weight penalty, but the X2 never really hit home as a good all round shock, as it was so hard to get a balance between bottom out resistance and suppleness. It's likely that on a really progressive linkage, performance would be better and  the addition of the bottom out bumper may help things on the 2019+ models, but we'd rather see the option to add more volume spacers or a more progressive tune offered.

At nearly £700 RRP, the X2 is one of the most expensive air shocks on the market, but the combination of lack of serviceability and frustrating hole in the midstroke means it probably makes more sense to buy something like the Cane Creek DB AIR and pay for a custom tune meaning you can get it setup perfectly for your bike and riding style. 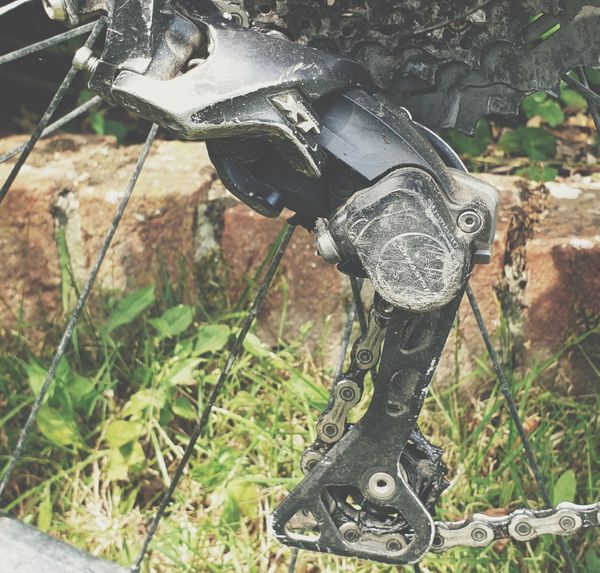 Shimanos "not quite as bling as XTR but way way cheaper" XT range has been a sensible choice for a long time, here we test out the 11 speed M8000 derailleur. 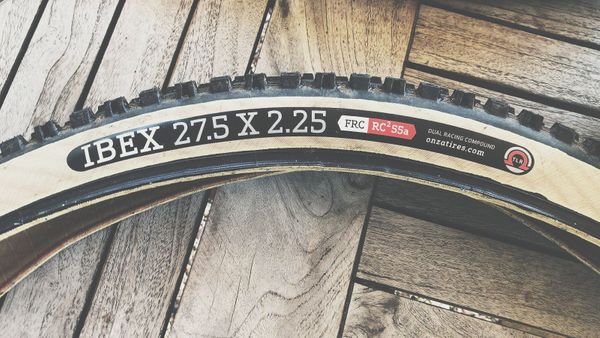