'Cut spike' tyres are very popular in UK due to the muddy soft nature of lots of our trails throughout a lot of the year. Schwalbe launched the Magic Mary in 2013, with Maxxis bringing out the Shorty around a year later. On paper both tyres look very similar, so which is best?

We tested both tyres for around 6 months, mostly in winter covering around 1000 miles. Both tyres were tested on the front and back, but the Shorty spent a little longer on the rear, and was subject to some faster rockier descents.

The Schwalbes casing measured 52mm/2.04" and the Shorty 49mm/1.92" on a 21mm internal width rim. We also tested the Super Gravity Mary on a 35mm rim which came out at 59mm/2.32" width, highlighting the effects rim width has on tyre shape.

Both tyres have a similar but not identical tread pattern with the Shortys knobs being slightly more spaced out, and the Marys side knobs being a little more chunky. The Mary also has a slightly more rounded profile, which one our fairly narrow rims pictured isn't that noticeable, but we mainly tested the tyres on 25mm internal rims which squared off the Shorty a lot more compared to the Mary.

Both of these tyres are designed for aggressive trail riding, and their 800g+ weight reflects this. What is interesting is that the sidewall on the Mary feels a little bit thicker compared to the Shorty, but the Maxxis has a stiffer feeling under the centre knobs.

Both also use multiple compounds, with slightly harder rubber in the centre, and softer for the side knobs.

We had no issue getting either setup tubeless, and they both stayed inflated after the initial mounting. The slightly more supple Maxxis casing does make it a smidge easier to get onto the rim, but not enough to make a big difference.

Each tyre does a great job of hooking up the mud and soft conditions and giving fantastic braking traction on steep loose conditions. It's possible to really depend on these cut spikes and lean on them during cornering when compared to a more intermediate tyre such as a High Roller 2 or Hans Dampf.

If you are used to a less aggressive tread pattern then a cut spike can be a real game changer. They clear mud and gloop well meaning traction is maintained and really build confidence in wet conditions. Whats great about both these tyres is that they also work well in dry loose conditions too, as well as general soft trails. Where they both suffer a little is on proper hardpack or slabby rocks, where the large knobs can squirm and braking grip is reduced. We like to use a cut spike on the front all year round, only changing the rear for summer/winter.

Whilst some reviews have claimed that the Shorty offers a little more grip in deep mud and slop, with the Mary being a little bit more versatile on hardpack conditions, we found that there really was very little to separate the two.

We didn't get the chance to do a proper scientific test of rolling resistance, and so can't really say if one is faster than the other. That said, it's best to assume that if you are looking for speed, then tyres with such bike lugs are never going to be the fastest rolling. These are all about grip. Neither tyre outperformed the other in this sense.

The Maxxis and the Schwalbe have both held up very well, with no issues with rips or tears on either of them. Whilst in the photos the Shorty does look a little more worn, this was likely due to its increased time spent on the rear of the bike in rockier conditions than the Mary.

We did notice that on both sides of the Shorty a small crack has appeared in the casing all the way round on both sides. This is not deep at all, and pulling on the side knob doesn't seem to open it up much. Whether or not this issue will get worse with time remains to be seen, but with the main centre knobs coming to the end of their useful life we doubt this tyre has much life left in it.

Ultimately, both tyres lifespans have been pretty similar, but it does seem like the slightly bulkier knobs on the Mary would allow it to carry on for a little longer than the Maxxis. It's close but we'd have to give this one to the Schwalbe.

When Perpetual Disappointment started, one of the goals was to always be honest in our reviews. James Randi famously challenged audiophile reviews and offered $1 million dollars if they could tell the difference between $7250 speaker cables and a standard pair. Asking ourselves "In a blind test, could we tell the difference between the Shorty and the Mary?" we had to answer: no. They are just too similar, with really the only thing separating them being the width. If you have 25mm+ inner width rims, then the Mary would be the better choice, but Maxxis now make a 2.5WT version of the Shorty designed for wider rims. At the end of the day, we suggest buying the cheaper of the two that you can find. 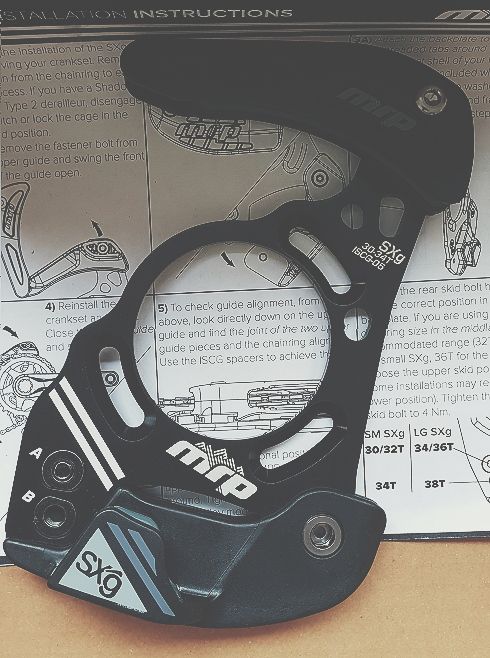 We tested out the MRP SXg for 8months of solid beatings.