Whilst over the last few years there has been a trend for more and more mountain bikers to use clipless pedals, plenty are still using flats for the increased freedom and safety.

DMR have been making flat pedals for a long time with the V8s and v12 being hugely popular. Back in 2011 DMR released the Vault, with a larger 105mm x 105mm platform area than almost all other flat pedals on the market. This made them an instant hit for people with larger feet or those who like a solid base to stand on when riding.

We've been using these Vaults for around 2 years covering a few thousand miles on them, including XC racing and time uplifting in the Alps. The RRP is an eye watering £100.

You can also pay an extra £10 to get the "Brendog signature" version which just means a slightly different shade of black and Brendogs name on them. We wish we were joking.

For the most part these were tested with Five Ten Freeriders. DMR claim the weight to be 430g per pair.

DMR describe the Vaults as "tuneable", you can flip the pins over to adjust the amount of grip if you find them too restrictive out of the box. We didn't bother with this as we never feel we'd like less grip on a flat pedal. Other than that the pedals just screw into the cranks and off you go.

Straight away you notice the larger platform gives great stability and the pins really bite into the soles of the shoes. The Vaults are the best pedals we have used in terms of grip and confidence. When having to dab in a rough section the extra width of the pedals really helps with getting your feet back on in a hurry.

Servicing the DMRs is straight forward, undo the end cap, use a socket to release the axle and it can be removed from the body. On the inner side of the pedal is a small bearing, these ran smooth and didn't need replacing during the test period. On the outer edge is a bush (More on this below). This is a bit more fiddly to remove and a special tool is available to help, but a large acre of the correct size also works.

The first minor issue that came up was the paint started to wear off on the pedal after only a week or so. Whilst cosmetic, it made an expensive item look scruffy very quickly.

The big issue with the Vaults however is the plastic bushes used on the outside of the axle. Where the axle spins against the bush it developed play after around 6 months.

DMR sell the service kit for a ridiculous £25, this includes everything you need to freshen up the pedals, but the bushes aren't available to buy separately. We stumped up the cash for the kit and replaced the bearings and bushes, but after another 6 months the Vaults again developed play. Not looking to pay out £25 again for essentially just 2 bits of plastic we found the Rullabearings kit for £15.

After spending £40 in the first year just keeping the pedals running we fell out of love with them. This level of reliability just isn't acceptable in a £100 pedal set. At a minimum DMR should include a few spare bushes in the box, but really the whole design needs a look at.

After another 6 months or so, the bushes for the 3rd time started to have movement in them. Fed up of the hassle and cost we replaced the plastic bushes with metal ones from Bearingboys.co.uk. The bush used is 14mm OD, 12mm ID, 12mm wide.

These came in at just 63p each. It's possible that the metal bushes may chew into the axle, but right now we can't be bothered anymore with the faff of constant attention these pedals require.

In terms of performance, the DMR Vaults are up their as one of the best, if not the best flat pedal option for mountain biking.

However, the high initial cost, poor lifespan of the outer bush and insane cost of the service kit means we cannot recommend them.

Previously we have used Nukeproof Electrons, whilst the platform on these is smaller, they are superior to the Vaults in nearly every way.  They are plastic, and not painted, so they still look good after 4 years and many thousands of miles. They cost just £29.99, which is only a little bit more than just the service kit for the Vaults! Most importantly however is we have never had to service them. Not once have we ever regreased or opened the pedals up, and they are still going strong with no play now relegated to our commuter bike. 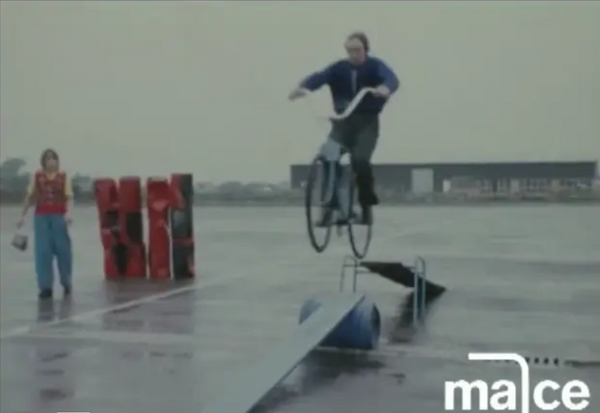 1970's Evel Knievel copycat is the hero we need today. 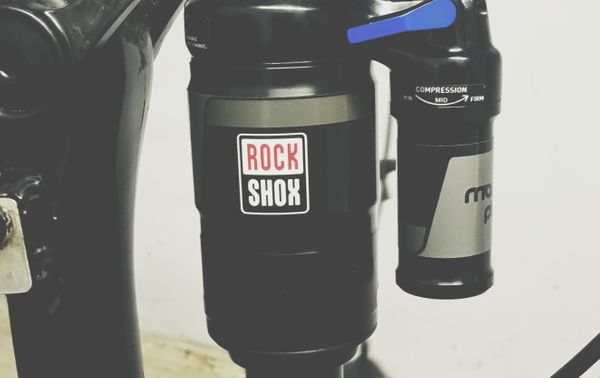 We test the Rockshox Monarch Plus RC3 on 3 separate bikes over a few years.