Half a truth is often a great lie.  - Benjamin Franklin

We've noticed a bit of a trend in the mountain bike media where the first version of a product gets rave reviews, then a few years later when the next version is released the review mentions a whole host of issues or limitations that were not alluded to in the initial review. Let's take a look at a specific example.

Öhlins have been in the news a bit recently, firstly due to the product recall on the RXF forks and secondly due to the release of the new RXF36 Fork and TTX air shock.

There's some interesting statements in Pinkbikes first ride report on the new fork and shock, specifically relating to the previous fork and shocks reliability.

Öhlins had the balls to admit they had a tough time coming into the mountain bike industry, made some mistakes and delivered some products they now admit were sub-par for their gold-standard.

Whilst comment sections and forums are hardly the most reliable sources of opinion, Googling around, many people seem to have issues with blown or leaky dampers on the STX and RSF. The fact that the company admits they had issues points towards it being some serious design flaws rather than a few faulty pieces that slipped past QA.

So surely if the suspension was so bad that even the manufacturer describes them as:

this would have been picked up in the initial long term reviews within the MTB media?

Lets compare the original reviews with the above statements.

While it's not the only thing that matters, how a fork's damper performs is probably the most important. And do you honestly think that Öhlins would f*ck this up? Not a chance

the RXF has seen literally zero love, aside from the occasional wipe down, and it feels as smooth and active as when it first saw action.

No mention of any over damping or other issues.

Enduro mountain bike magazine did a long term review of the RXF36  and TTX Coil shock,covering over 600 km in a few months. They describe the performance as

on reliability they did have an issue with the climb switch failing on the shock.

Vital MTB tested the RXF34 over ten months  in their review ,and stated that they did have to increase the air pressure over the suggested amount, but under reliability still said:

Following ten months of use in a variety of conditions, the fork remains in good shape.

BikeRadar only have a first ride review,  although they do state:

Even then the RFX still needs propping up with a lot of low speed compression to carve and brake without diving.

So they found it under damped.

Interestingly, MBR found the opposite in there RXF36 review:

Öhlins has also been a bit heavy handed with the tune of its TTX damper, most noticeably in rebound, where lighter riders are left with no option other than to have the damping re-valved.

There is no mention of the test period length or reliability issues in the MBR review.

Worldwidecyclery put together a nice little review  of the RXF 36 and found:

There is zero stiction throughout any single inch of its travel. It still beats you up, though

It is a relatively smooth trail, and yet I failed to get the limo-smooth feel you might expect from a fork like this. Granted, it didn’t feel like I had ridden a jackhammer down the trail or any other analogy for “harsh up and down movement”, but it certainly wasn’t a comfortable ride.

No mention of the test length or any reliability issues however.

Singletrackworld reviewed both the RXF36 fork and STX22 shock for a period of "a few months" and concluded:

in use no issues have developed with either unit, performance has been consistent and trouble free.

MTB-Mag in their STX-22 review had only the following negatives about the shock:

Digging deep, we can point out two small flaws: you need a massive 47mm spanner wrench to crack open the air can, and the 3rd position on the high speed compression isn’t a full lockout

They don't mention the test period however.

NSMB did a long term review and reported:

The Öhlins seals are still running smooth and leak-free, there has been no notable degradation in damper performance, and the air system is still impressively devoid of stiction

So the only issue many of the mainstream bike media found is Enduro Mag had a faulty climb switch. There is no mention in any other review of damper or seal issues, oil leaks or other problems.

So are the Öhlins forks and shocks a good reliable product then as has been reported in the above reviews?

There are many , many forum posts about the issues, and the comments sections are full of peoples experiences such as:

I too sent the stx22 back several times before getting a coil. Many others have had similar air leak issues, would have appreciated a recall rather than 6 months of BS with the LBS.

Stx22 went back 3 times before I demanded it be replaced with a more reliable shock. Rxf36 air was dry out of the factory, poor form on a £6500 bike.

They need to recall their stx22 air shock, cuz they don't work. Their stuff has been terrible

and finally a video of a STX blowing up

So what's going on?

As mentioned, it's best to take forum posts and comments sections with a pinch of salt, as they often seem to bring out the extremes in people, but ultimately in this case, Öhlins themselves have held their hands up to the reliability issues. This surely means that there is some truth in it, so why did none of the reviews pick it up, and why does this seem to be the case so often (See: Rockshox Reverb)?

Some possible reasons could be:

Taking off the tin foil hat for a minute, it's likely a combination of 1,2 and 5.

Bike reviews really should always state the test period length, and depending on the product should aim to give it a good few months, specifically in the case of suspension as it's the most expensive part of the bike after the frame. Credit to Pinkbike as they do tend to hold back reviews, even of the big name items until a decent review has been done, and they are also good at stating the review length. Some of the other sites and magazines can be a little vague however.

They should also ideally state the location and style of riding done whilst reviewing the product, it's no good spending 4 weeks riding a beefy coil shock around a tame XC loop with little in the way of big hits. Again, some sites do this, others not.

Finally they should really try and do some follow up reviews if the products turn out to be below par in terms of reliability once they've been out in the wild for a bit. Speak to shops, local riders and other media people and get some more feedback on what they've seen other peoples experience with the product has been.

We put over 3000 miles on X-Fusions big hitting air shock and see how it comes out the other side.......(hint: broken) 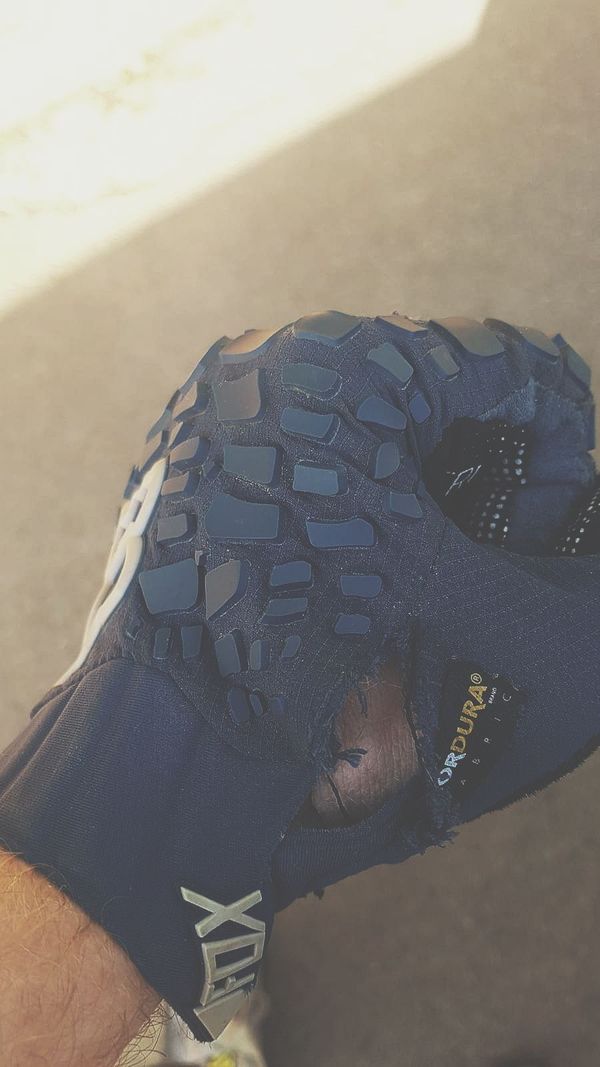