@MTB_Shredder1 sat on his fresh carbon super-bike waiting on the edge of a roll in to a steep slope into a harsh rock drop with an awkward landing. Earlier in the ride @MTB_Shredder1 - real name Tom Jenkins - had been spouting off boasting to his riding group that he was going to be the first to nail this section. Looking down at the rock drop Tom didn't feel so confident anymore, but @Whip_King and @LoamShredder86 were waiting at the bottom, phones at the ready.

@MTB_Shredder1 looked down at his toptube, the 0.5 degree slacker head angle from his old bike (last years model) really made the bike feel planted and stable, he had commented to his friends earlier. Last night he had added another click of high speed compression to his forks, to mirror his favourite pros settings, which he told himself had helped stop the bike going through its travel so fast.

"You ready?" @MTB_Shredder1 called down to his friends. "Yes!" came the reply. Tom turned the bars and slowly pedaled back to get his run in. His new carbon cranks making each stroke crisp and precise compared to his old metal ones. "Come on! Get on with it!" came a shout from the bottom.

Lining up he took a deep breath in, getting this shot on the 'Gram would get his followers to over 50k, the number the company he'd been emailing incessantly for months had told him he'd need to get a 10% discounted frame. After that he knew that other sponsors would be falling over themselves to sponsor his YouTube channel.

@MTB_Shredder1 put in a hard crank and psyched himself up, adrenalin starting to pump. The 2020 shock most definitely absorbs the small bumps 15% better than last years model he thought as he bounced slightly uncontrollably over a root on the run in. Speed increasing now, he came up to the point of no return and put in one last big pedal stroke. "Maybe my rims are a little narrow, perhaps I should upgrade to those new 32.2mm ones?...."

Tom Jenkins got off his bike and walked down the roll in into a steep slope into a harsh rock drop with an awkward landing. He took note of where he would need to hit the drop to make the exit of the landing easiest. Climbing back up to his bike - a fairly basic hardtail from a few years ago - he smiled as he saw the large scratch on the chainstay that had removed a fair chunk of paint. That had happened on a trip last summer his riding friends had taken, and Tom had crashed and then bounced the bike off a rock, but left him standing bolt up right in the middle of the trail , unscathed, all his friends laughing. Good times.

Those friends had all headed back from this afternoons ride, but Tom had decided to take the long route home. The group rides were always great fun, but Tom preferred to ride solo, avoiding the faffing and frequent stops and just riding the trails he desired. He had wanted to do this rock drop for a while, but hadn't mentioned it to anyone. No pressure, just do it for himself. Tom had been riding well today, and one trail had a similar drop, just not so big. He had cleared that easily, so today just seemed right for this bigger feature.

Getting back on the bike he took a few slow pedal strokes to get to where he would need to start the run up. The gears crunched a little as his slightly bent derailleur hunted to find its place. Tom knew it needed replacing really, but he was saving the money for another trip to Wales.

Turning round Tom sat silently for a few seconds. The sounds of the birds singing seemed louder as they came out from their winter slumber, the air was warmer than his last ride, as the first signs of spring were showing. Tom noticed the shoots of the bluebells coming through, and his mind wandered to memories of carving through singletrack surrounded by a carpet of bright blue flowers.

Calmly pedaling in, Tom deftly hopped over the large root on the run in, maintaining momentum perfectly and dropped into the roll in. Each action flowed seamlessly into the next one, adjust his line, off the drop and around the corner his tyres throwing up some small rocks and dirt. Rolling away silence returned to his mind and then Tom noticed a deer staring back at him a bit further up the hill in the woods. He thought about getting his phone out for a photo for Instagram, but decided instead to just watch and enjoy the moment. After a few seconds the deer turned and slowly started walking away, Tom did the same, heading back home for dinner and a warm shower.

Shamelessly ripped off from Uncle Someone 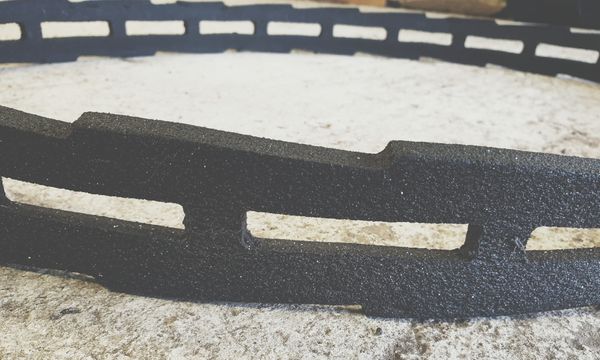 Rim inserts have become popular over the last few years , we tested the Huck Norris out for around 2 and half years, covering around 4000 miles in various terrain and conditions.  RRP is 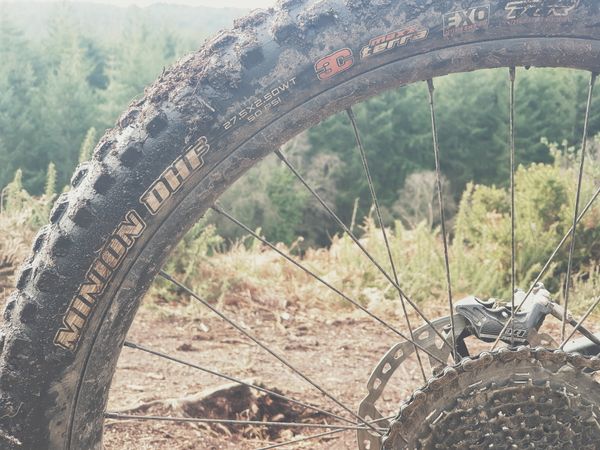 Maxxis new Wide Trail range is designed for modern wider rims, we test out the 2.5 DHF.